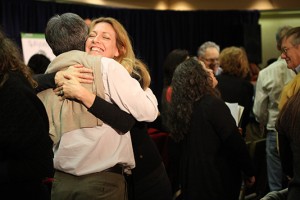 It’s 13 years ago and I (Jesse) am attending my first weekend of Coaches Training. I am so excited because I finally found my true calling.  I know in every fiber of my being that I was called to be a coach. I felt at home for the first time in my adult life.

As I'm getting ready to leave the weekend, a woman I had coached in a practice exercise approaches me. “You’re an amazing coach,” she says. “I want to hire you. How much do you charge?”

Suddenly, everything comes to a crashing halt. (I was not prepared to answer that question. I was a coach in training. I “wasn’t ready” to start charging for my services.)

But luckily, even back then, I had just a glimmer of business sense...  and so rather than explaining to her all the reasons I wasn’t prepared, I somehow let the words, “$250 dollars” come crashing out of my mouth.

I was so excited, I wanted to run around the room and do cartwheels. But instead I simply thanked her and gave her a hug and told her I would send her an agreement to sign (I made a mental note to write up an agreement to send to her).

At our first session, my brand new client handed me a signed agreement and a check for $250. I could feel my fingers shaking as I received the check. Was I worthy of this money?  Could I really help her? I sure hoped so.

Our first session was amazing. Riding on her excitement and my adrenaline, we busted through some of her biggest blocks to success and love. At the end she thanked me and I could tell that she felt she had made a great decision for herself. I relaxed.

A few months went by. Her life was transforming before our eyes. At the end of every session, she thanked me with a big smile and a hug. Her appreciation felt amazing. It boosted my confidence. I left every session feeling unstoppable. I’m born to do this, I told myself.

But then after one session, her smile wasn’t quite as big and her hug felt a little forced. It wasn’t our best session together, but I didn’t think much of it. Our next session, she rescheduled. And, our next session just felt flat. I left feeling deflated. “What’s wrong with me?” I thought.

The next session she told me she wanted to end our coaching contract. All my confidence (that she had helped me build) went out the window and I felt like the worst coach in the world.

What if, instead of asking myself “what’s wrong with me?” I had gotten curious with HER? (Curiosity is the quality of the Water Element in our Heartselling System.)

What if I had said: “You seem a little different today. I’m curious, is something going on for you?” This would have given her the space to share what was weighing on her heart.

You see, thoughts have momentum, and what starts off as a little concern can become bigger and bigger over a few weeks if it’s not addressed. Big enough to have her cancel... which she did.

If only I had used the Water Element of curiosity back then, I would have saved a lot of heartache and would have kept a bunch more clients.

But since I can’t rewind the clock, I am doing the next best thing which is sharing the power of curiosity with our clients.

Here’s a concrete example of how curiosity can increase the commitment of your clients.

One of our Lifetime Members Crystal Henderson posted this in our Private Facebook Group and gave me permission to share it with you:


“I am so excited!!! I just got a client from my workshop! She was so leaning in after our strategy session. I gave her three options. She chose one on one coaching! I heard a concern in her voice even though she said yes so I said ‘I know you've said yes but I still hear some hesitation.’ And she said she was concerned about the money. So I had the money conversation and told her how hard it was for me to invest in myself etc. she was so grateful after that conversation that she said ‘I have to invest in myself I can't keep going on like this.’ I am so beyond thrilled! Thank you Thrive community and thank you, Jesse and Sharla!”

The key point in this post was when Crystal had the integrity to say: “I know you've said yes but I still hear some hesitation.”

In that moment of not rushing to “close the deal,” she went from having a client who likely might have cancelled before her first session, to a client who will be much more likely to stick with her and trust her more deeply.

We encourage you to explore curiosity this week with both your clients and potential clients. 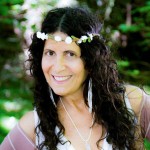